Advantage & Disadvantage of All in One LED Street Light 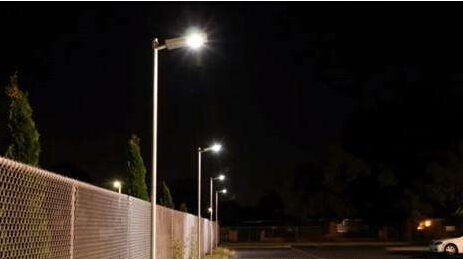 Integrated all in one solar street light has become as an important role of outdoor lighting. It is getting more and more popular recent years. While Is it suitable for all demand and have good performance in all over the regions? which kind of solar light should you use? That is a good question!

Advantage of All In One Solar LED Street Light

The main reason why it gets more popular is for its compact design. The lithium battery and solar controller are built inside of light fixture, and solar panel are attached on the top of fixture. It is very easy to be installed at any places as long as there is sunshine. Can be installed on wall, kind of poles, or any other matersial which can be mounted. It is an very good choice to use this solar light to light up night for the places where is out or short of electricity. Normally there is a motion sensor which is in order to save power consumption: Light will work at 30% power when there is nobody and sensor is not triggered, and it will power up to 100% power which will last 20 ~60 seconds as program sets once sensor is triggered when someone passes by. AIO (All in one solar) street light is very suitable to be used for these countries or regions where there is plenty of sunshine all over the year, like most of middle east countries, South America, South Africa and some Asia countries.

Disadvantage of All In One Solar LED Street Light


A coin has two sides. There are some disadvantages because of the compact all in one design.

A: POWER LIMITATION OF SOLAR PANEL

The solar panel is locked tightly in the light fixture. so it cannot be modified easily to have a higher power in order to improve its lighiting performance. At moment on market, the solar panel is kind of too small comparing with its LED light power. For example, the LED power is 30W as rated power while the solar panel is only 40W or 45W. As we know the effective sunshine duration is only 5 hours around on average on the world. That will cause the problem that  there is not enough power generated from solar panel to support led light to work with high power output for long time continuesly.Because of this reason, It is necessary to use the motion sensor for all models of such all in one solar street light in order to save energy.

(How to calculate the the power relation between solar panel and led light? check here.)

Because of all in one design, the solar light is completely fixed on the top of light. it cannot be adjusted its angle or direction, That will cause two problems as below.

1: Solar panel of all in one model cannot be rotated to meet the best direction to make use of sunshine as efficient as possible. From the comparing picture as below, we can see there is NO any problem if we use HELIOS model, HELIOS's solar panel can  be adjusted very easily and freely. 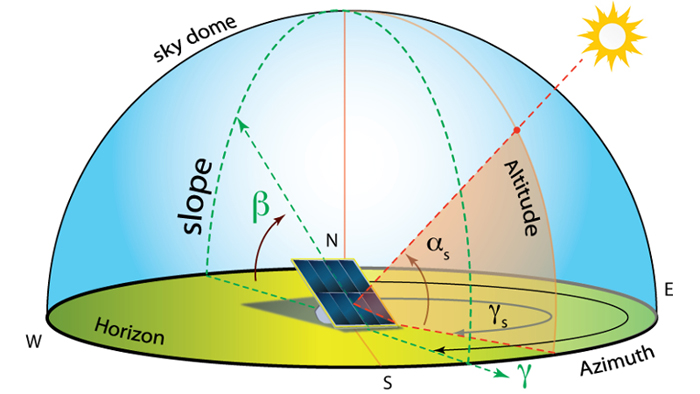 Copyright©2009~2023 All Rights Reserved by: www.auroraslighting.com